Following on from our post about 2018’s PB events, we thought it only fitting to introduce the individuals and groups behind the nine successful projects!


Let’s kick off with Ross Manson of Killie Cast…


Ross’ objective was to hear what was ‘going on around the town’. To showcase ‘all that is good about Kilmarnock, as well as give small local businesses a place to show off what they do’, Ross created Killie Cast, a community podcast for everyone who lives, works in or visits Kilmarnock and is keen to stay up-to-date with everything Killie:


“[Killie Cast is for] anyone who wants to hear about all the great things that are happening in the town, about the work that is going on in it, making the town a better place to work, shop, play or visit and about the local businesses on our doorstep who are doing fantastic work every day of the year.”


Ross’ pitch for our PB focused on the ability of Killie Cast to help Kilmarnock people and businesses promote their skills and services as well as advertise community events to a wider audience:


“I will be in the unique position of being able to give local people and businesses a platform to speak directly to their target audiences about what they are doing, while at the same time providing a unique space for the community to learn about the projects and events going on right on their doorstep. It will become the place to find out about EVERYTHING that is happening in OUR community.”


Ross says Killie Cast will also make a positive difference to Kilmarnock town centre as it will mean people are much more aware of upcoming events, increasing the likelihood of better attendance and encouraging more engagement with the event itself. Ross believes the project will also bring “a better footfall for businesses in the town” and offer them a fantastic opportunity to promote themselves:


“We all know that some of the best ideas come from the people living in the local community and that they come from all ages. Our project will help more people hear about these great ideas and hopefully inspire people of all ages, genders and backgrounds to come forward and have their say or at the very least come forward to take part in others’ ideas.”


Since receiving funding through our PB events, Killie Cast has been able to set up a podcast host (an online service which allows podcasts to be uploaded to the internet) and a website to encourage even more engagement with listeners. The funding has also allowed them to purchase a “mic boom”, a “shockmount” and “stereo quality headphones” - in other words, everything Killie Cast needs to record!


Finally, another portion of the funding went towards advertising which, as explained by Ross in Killie Cast’s PB application, was pretty crucial for them starting out:


“Our biggest challenge at the start of the project will be allowing people to find us, the internet is a big place and we will be (to start with) a small podcast. This funding will allow us to point people in the right direction. We will get to the stage where people will spread the name of the podcast by word of mouth but until then we must advertise.”


Since then, Killie Cast has produced a fantastic selection of podcasts, on topics ranging from Kilmarnock’s Hallowe’en Extravaganza programme, local business Utopia Computers and the Burns Mall to community groups such as Ayrshire Alcohol and Drug Partnership, Elevat8 and No-one Dies Alone Ayrshire. There are also discussions with local councillors Douglas Reid and Barry Douglas and with MP Alan Brown!


So…in Ross’s own words, “why not make a cup of tea, sit back, press play and hear what the great people of Kilmarnock have been up to and what they have planned?”


Sounds good to us.

Stay in the loop! 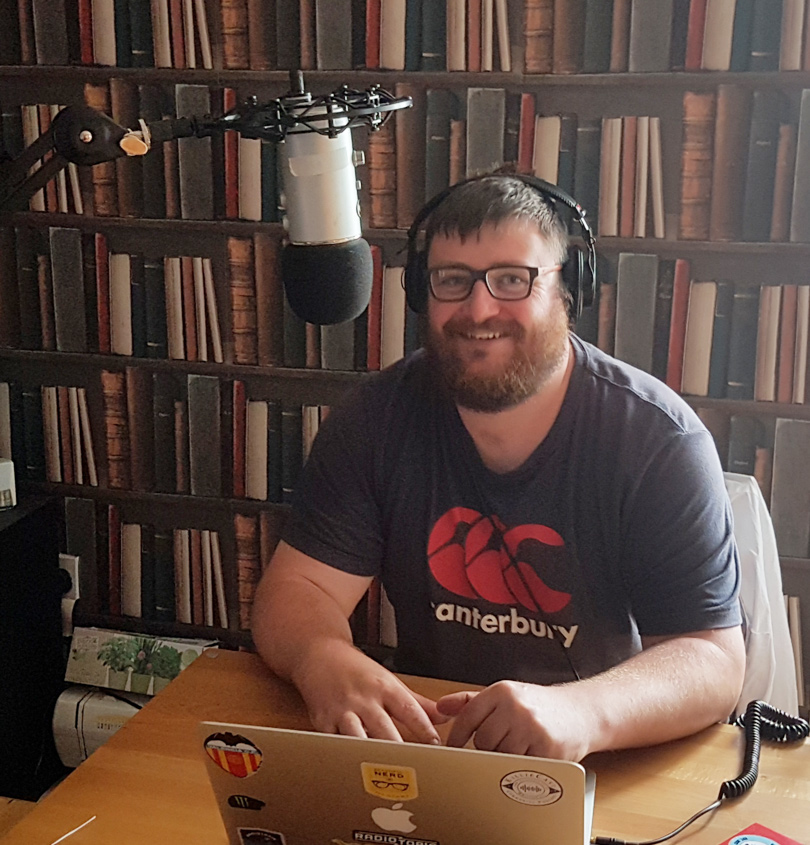