There’s now even more reason to celebrate at Celebrate Kilmarnock!


On 28th March 2017, four volunteers organised our first PB event in Kilmarnock’s New Laigh Kirk Church. A total of 27 applications were submitted, of which 22 were shortlisted to progress to a public vote, and 11 projects achieved a share of the £10,000 budget.


Following on from such a successful event, Celebrate Kilmarnock decided to apply directly to the Scottish Government’s Community Choices Fund 2017/18. Our bid for £30,000 was then approved, allowing us to run two more PB events in 2018! This was terrific news and, as stated by board member Mark Laurie, “a fantastic chance for people to get involved with Kilmarnock’s story and make things happen in our town”.


Four volunteers then formed a steering group to oversee the process and help organise and deliver these two PB events. As explained by our board member, Andrew Millar, this time round we were eager to involve many more people “in the design of the actual process” and “to tie applications back into our own Action Plan”.


On 7th February 2018 we delivered the first of these events, once again in the New Laigh Kirk Church, for bids of up to £5,000. Seven brave presenters then took to the stage to deliver a three-minute pitch based on the theme: ‘Putting Kilmarnock on the Map’. Using electronic voting pads, the audience then awarded each project a score out of 5. Board member Elaine Cowan described the atmosphere on the night:


Although daunting for some, others relished the opportunity to showcase their project ideas — but what was palatable was the buzz of excitement on the night, and a real appreciation from the audience on the difference the projects could make to our town.


Our second 2018 PB event was held on 3rd March in what was formerly the premises of a BHS store. Following a ‘marketplace’ format, six community groups set up colourful market stalls for the public to visit and hear about their project ideas for ‘Sprucing Up Oor Toon’.


This time the public cast their votes on paper scoring sheets. After all, votes had been counted and verified three more projects were selected, earning enough public support to receive a cash award!


A total of nine projects were chosen by the public through our PB events and every one of them is bursting with energy and determination to breathe new life into Kilmarnock:

So…that’s the story so far. Watch this space to find out how these projects have made use of their funding to date and all about their hopes for the future.


One thing’s for certain…the future will be worth celebrating.

Stay in the loop! 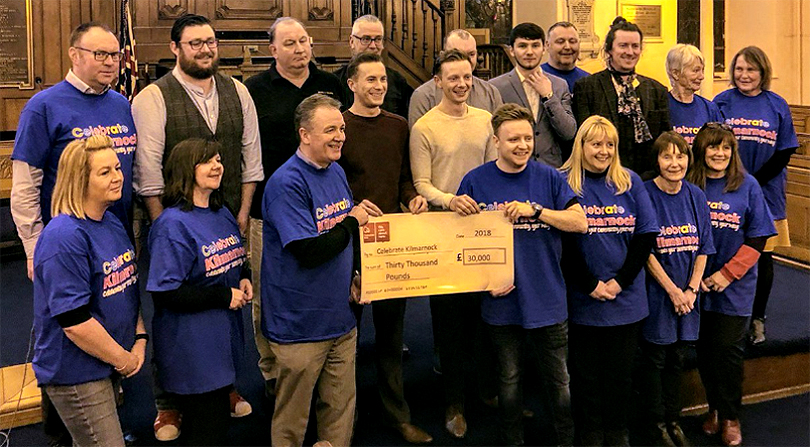